Today in fastest growing Industry Python is the preferred choice of developers, Data Scientists, Cloud Engineers and Automation Engineers to use as a scripting language for software development, Automation, configuration etc.

Python as a programming language has responded to the developers’ tasks well by allowing an easy syntax to write the codes and also through its ability to coherently interface with the orientations of high relevance. Its library, toolsets and interpreter support building dynamic software and applications capable of running smart functions and websites. The demand for Python professionals is thus on the rise always. However, while Python offers a vast matrix to invent and innovate concepts of practical utility, the developers need to possess in-depth skills and experience so as to derive the best value out of it. Although the industry does not warrant any specific certification, Python classroom tutorials have been designed to assist the beginners and developers both. Python Training in Pune and other leading cities of the world offer a flowcharted curriculum that starts from the fundamentals and includes the advanced topics for the learners. The need for Python classroom Training

Classroom courses of Python have found greater acceptance among the aspirants because of multiple reasons; the most objective reason being the real-time interface with the trainers. Such an interaction allows maximum and clear learning without any confusions and gaps. The differentiated emphasis on various topics of Python tutorial ensures that candidates develop ample grasp over the language and also gain practical insights for applicative usages.

Simulation projects are organized for the candidates by the Training institution & these allow them to learn the nuances of real-world Python programming techniques. This is followed by ‘hands-on training’ sessions that offer the opportunity to the learners to become part of the ongoing projects that are being worked for business clients. These real projects further refine the theoretical understanding and practical skills thus preparing them for challenging tasks as per industry demands. We conduct all inclusive Python courses in Pune, India and freshers and professionals can enroll for it to sharpen their skills. Grab the opportunity and become a Python developer by enrolling in our Python Training in Pune.

The scope and applicative dimensions of Python

As said above, Python as a programming language has been truly resonant towards the trending demands of web and software development. The latest framework Python3 and the older Python2 are buoyant among the developers for a host of orientations. The highly responsive functional tools within Python could be attributed to the continued use of it by the developers around the world. However, a Training course on Python is incomplete if it fails to give due importance to all of such functional domains. Here is an overview of most popular applicative niches and the corresponding tools and programming interfaces that have been offered in Python language.

Web development:
This has been one of the strongholds of Python and developers actively rely on Python functions to code smart web pages that perform dynamically at the server side while also responding to the user requests through seamless protocols interpretation. Django, Pyramid, Bottle, Tornado, Flask, and web2py are some of the most trusted tools and functions within the Python framework that are made use of by developers for the purpose of web development.

Software development:
Programmers are scripting complex software by making use of dedicated Python tools like Buildbot, Roundup, and Trac among others. The easy syntax is at the root of developing the codes and testing them dynamically for best results during software development.

Scientific & Numeric development:
Python derived programs and frameworks seamlessly support scientific analyses together with bulky numerical arrays. Python tools such as Pandas, IPython and SciPy are hugely depended upon for such projects.

Enroll now for Online Python classes in Pune at the leading institute and get benefited through Training offered by the industry experts and experienced professionals.

We have track record of every student got the job as earlist possible, we help them to get it fast as they finished the course.

We help our python students to prepare a professional resume and take their mockup interviews too.

we keep no student behind, we carry them to the same level of the batch by covering their missed sessions.

We provide python training in Pune for working and non working candidates, keeping flexible batches from early morning to night for working professionals.

Hands on Experience on One Live Project.

With updated python theory and practicle, we provide them one actual live project to work on, so they will get the industry experience too. The Value of Python

Python is a truly wonderful language. When somebody comes up with a good idea it takes about 1 minute and five lines to program something that almost does what you want. Then it takes only an hour to extend the script to 300 lines, after which it still does almost what you want.

Looking for python Training in Pune

let us know your training requirement to guide you in best way.

Python Training in Pune is serving the IT Industry in Training and placement for the last 8-10 years. Under the proprietorship of the Founder, this Training and Placement firm has been growing rapidly. We have the aim of providing the most practical, industry-focused, hands-on, and cost-effective courses to students that will make them eligible to be placed in a firm. 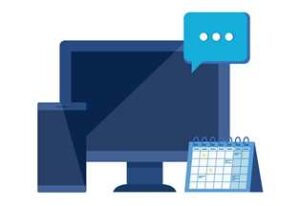